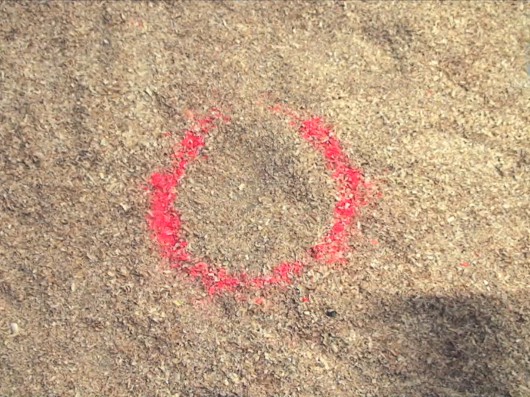 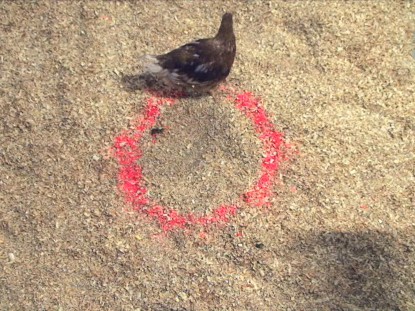 The ‚theory’ oft he magic circle is used by game developers. It represents an idea of a place, an order, laws, a religion or philosophy that things and people are apparently magically bound to. Johan Huizinga in ‚Homo Ludens’, a study of the play-element in culture, developed a hypothesis where he is suggesting that one enters a magic circle when playing. Magic circle stands for an actual reality but also possible imaginary world and borders, which emerge between play and reality. But the magic circle can also stand for regulations and codes, within which we orientate in distinct societies.

According to some game developers has the theory its roots in a tale, that tells the story of a chicken which supposedly is unable to leave a circle that has been drawn around it. The video piece is testing the trueness of the tale. magic_circle draws analogies towards our dealing with possibly fictive borders and unknown situations